I Have a Background in Data: How Do I Become a Football Data Analyst?

I Have a Background in Data: How Do I Become a Football Data Analyst?

As clubs around the world hire data analysts to improve player performance and recruitment, there’s never been a better time to start a career as a football data analyst. From the top of the football ladder to the bottom, clubs are hiring people who can interpret the vast amount of data that is now available and transform it into insights that can be used by the coaching and scouting departments.

If you’ve got a background working in data, maths, or IT, or have studied these subjects at university, you’ve already got a lot of the skills that clubs are looking for.

Why You Should Become a Football Data Analyst

Not long ago, only a few pioneering clubs, such as Brentford and Liverpool, were investing in data analysis. Following their success, data analysis has become something that nearly every professional side has embraced. It’s a growing field with lots of potential for further growth.

Knowing how to create key performance indicators, organise a database, and spot changes in data are all important skills for any football data analyst to have. It can also help to be proficient with Excel and have a knowledge of programming languages such as Python and SQL. These are skills you can easily transfer to working in football.

Many analysts at top clubs have previously worked for data companies in other fields. Mikhail Zhilkin is one example. He’s gone from working as a data scientist for Candy Crush to working for Arsenal. He’d never worked in football before, but his skills were easily transferable.

“Knowing how to write a query to a database and perform statistical analysis using a programming language [are the most basic skills].” he has explained, when talking about how he got the job. “The ability to work in Excel is also important.”

Zhilkin was a Man Utd fan, but he has come to embrace his new club. As someone who was interested in football, it’s been a dream come true to work in the sport. Having a background in data has enabled it to happen.

How to Pick Which Type of Analyst You Want to Be

Before you switch to football, it’s helpful to think about what kind of analyst you’d want to be. This can help guide which opportunities you apply for and which football knowledge you need to acquire.

One option is to become a performance analyst. A performance analyst uses data to objectively evaluate how well players are performing and identify the areas where the team can improve. They will look at event data, such as the passes made and shots taken, and tracking data, such as a player’s average position and distance run. They then use this information to create a detailed picture of what is happening on match days and in training.

If you’re already good at identifying changes in data, you can use this skill to spot dips or improvements in performance levels. Performance analysts often present their findings to coaches and sometimes even the players. If you’re good at identifying key data and presenting it with easy-to-understand graphics, you may well excel at this part of the job.

Another option is to become a recruitment analyst. When clubs spend millions on signings, it’s important to pick the right player. Data helps clubs to accurately evaluate the skills that a player could bring to their club. It also allows them to consider players in countries where they don’t have any scouts.

Recruitment analysis requires the ability to search through data to identify players who fit the key performance indicators. If you’re good at finding what you need in the data, you might well be suited to this. It’s also important to be able to compare player data to decide which player would make the better signing. Any experience comparing statistics and making data visualisations will come in handy. 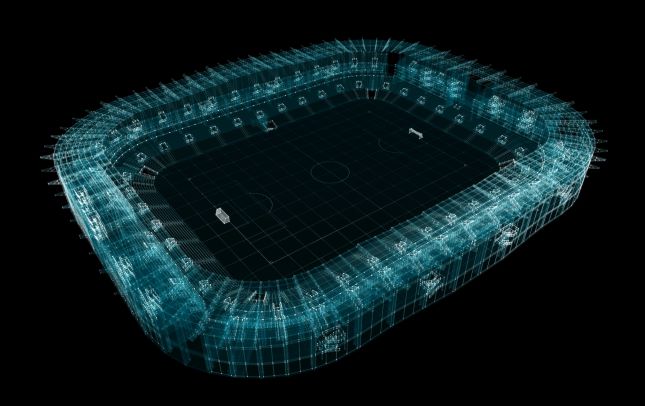 How to Get Football Experience

You might have lots of data experience, and it’s a great strength to have, but you’re also going to need some football experience. When Mikhail Zhilkin had his job interview at Arsenal, “One of the interviews was about soccer: not so much about the numbers and data, more about understanding the game itself.”

In the words of Birmingham City’s Danny Barham, who spoke at our webinar on how to build a career in football, you need to know “what it smells like in the Sistine Chapel.”

You’ll need to know about modern football tactics and the specialist language used. You’ll also need to have a sense of what it’s like to work alongside coaches or scouts at a football club. What are they looking for and how do they talk about the game?

It isn’t difficult to improve your football knowledge. There are opportunities to get involved at a lower level of the game. If you’ve got a local amateur club, they might well have opportunities for you to work as a volunteer to gain some experience.

It can also be a good idea to do some courses. Coaching courses will help understand the coach’s perspective and make it easier for you to communicate your ideas. It’s also good to improve your knowledge of how data is used in football.

Paul Golah, who has worked as a recruitment analyst at QPR, started off working as a business analyst. He had great data skills, but decided to do a Masters degree in Sports Performance Analysis to improve his chances of landing a job in football.

Football data analyst jobs are highly sought after and it’s important to do what you can to stand out. “With the competitive aspect, every little bit helps,” Golah explained to us. “Whether it’s a Master’s, volunteering, coaching experience, or courses like the ones AnalyiSport provide.”

You Have the Skills Football Clubs Need

Gaining football experience will improve your CV and give you a better chance of getting a job. You need to be able to understand the modern game and talk about it using the terminology and concepts used by professionals working in the game.

The important thing, though, is that if you’re good with data, you already have a great set of skills. It probably won’t take you long to adapt.

“The underlying principles in the models are the same. The logic to building an expected goals model is the same as in building a model to tell if an email is spam or not,” says Edd Webster, who has worked as a data analyst for Manchester City and West Ham. You’ll be looking at data about a different subject to what you currently work with, but you’ll be using similar tools to the ones you already know.

Football clubs need people who are good with data, IT and maths. If you’ve already worked with Excel or SQL, you’ll be able to bring these skills with you. Data analysis is a quickly growing field. Clubs are expanding their data departments and new jobs are being advertised every week. There’s never been a better time to become a football data analyst.