Where to Learn About Football Tactics Online

Where to Learn Football Tactics Online

If you want to be a football analyst, you’ll need a deep understanding of tactics. But it’s not just for analysts. As the modern game gets more and more complex, understanding tactics can help you get a lot more out of watching your team play.

Most football fans know the basics: what a 4-3-3 looks like and where the channels are. You might even have an opinion on modern full-backs. But you’re probably also aware that coaches and analysts go a lot deeper than this.

So where can you learn to view football like a professional?

Well, to see the game like Pep Guardiola or Thomas Tuchel, you need to live football at the highest level for a decade or so. But the good news is that you can get started with some free online resources.

We’ve put together a list of the best stuff out there, starting with easier, introductory resources and working up to more complex ones.

The Athletic has become one of the most authoritative voices in football journalism and in 2020 they acquired Tifo Football. Tifo Football offer in-depth videos and podcasts about a vast range of football topics, often looking at obscure aspects of the game. The titles of recent videos include:  “How Pep Guardiola Uses Ball Boys” and “The Complete History of the Football Kit.” Often the videos look back on famous moments in the history of the sport and analyse how they happened.

On their YouTube channel there is a good selection of playlists, making it easy to find videos about the topics you’re interested in. In terms of tactics, the top playlists are “Formations Explained,”  “Tactical Profiles” and “Tifo Football Encyclopedia.”

The videos are nicely done, with good graphics and a clear voiceover. Looking at “Formations Explained,” the video offers a clear and simple guide to the subjects, giving some of the history of the formation as well as explaining its strengths and weaknesses.

These videos are a good and accessible introduction to tactics, but they are very much introductions and don’t go very far into the subject. They’re ideal for filling in any gaps in your knowledge, but they won’t take you very deep.

The Coaches’ Voice Academy offer Masterclass videos in which coaches discuss the tactics used in crucial games from their coaching career. These range from the very top of the sport, such as José Mourinho talking about the strategy he used when his Inter team beat Pep Guardiola’s in the 2010 Champions League semi final, to lower league football, such as Chris Powell talking about managing Southend to a shock 3-1 win against Wigan Athletic in 2018.

There are some fantastic coaches in the series and it is great to get an insight from people who have had such success in the game. You can access short versions of all these videos for free on Youtube. However, you’ll need a subscription to watch the whole thing.

They’re a great way to get a sense of how coaches view individual games. But they don’t usually go into much detail about tactics: they keep a high-level view so they’re easy for a beginner to follow.

Probably the best free resource for learning about football tactics is Spielverlagerung (which means “to switch play” in German). As you may have guessed from the name, the website started in Germany, but it has a good English-language site too. They offer articles on a huge range of subjects, including profiles of players and coaches, analysis of matches, and tactical theory guides.

One of the best features on the website is the glossary, which explains all the technical terms professionals use when they’re discussing tactics (ideal if you’ve ever wondered what a “rest-defence” or “positional play” is). Spielverlagerung offer a really useful guide to the terminology, divided up into categories such as “pitch zones,” “player roles” and “tactical methods,” so you can find the terms you need.

Also look out for their deep-dive articles, on everything from Pep Guardiola’s tactical development to the history of the rest-defence. These resources are detailed, technical and make interesting reading even for the pros. If you’re new to tactics you might find them tough at first, but you’ll learn a lot, quickly.

On the downside, Spielverlagerung doesn’t post new articles that often, meaning the site isn’t always as up-to-date as it could be. 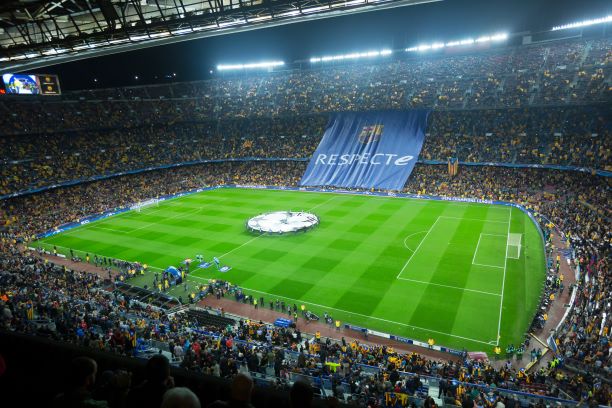 Where can I learn tactics for football analysis?

If you want to take the next step and learn to see the game like an analyst, we offer courses in football tactics created by working analysts from elite clubs.

Our “Introduction to Space in Football Tactics” is perfect for anyone who knows the basics but wants to go into greater detail.

The course shows you how to use the idea of space to understand football. It’s a crucial part of modern football theory. You’ll learn about how teams create space, find space, close down space, play in the half-spaces or between the lines. Then we’ll show you how to apply these ideas to opposition analysis, so you can work out how different teams use space on the pitch. In short, you’ll learn how to analyse tactics in the same way professional analysts do.