What Is Opposition Analysis?

What Is Opposition Analysis?

When a football coach is preparing their team for a match, they don’t just focus on their own team. They also think about the opponents they will be facing and how best to beat them.

When Marcelo Bielsa was manager of Leeds United, he claimed his coaching team had watched 51 Derby County matches in preparation before their Championship game. Most teams don’t go to this extreme, but they still take a close look at their opponents.

Opposition analysis uses data and video analysis to study how an opponent plays and to identify their strengths and weaknesses. It’s sometimes done by a team’s performance analyst, but many clubs now have a specialist opposition analyst.

The opposition analyst supports the work of the coaching staff by providing them with all the information they need to understand how an opponent is likely to play. The coaches use the analyst’s insights, based on their interpretation of the data and video footage, to help the team prepare for the forthcoming match.

Why Do Football Teams Use Opposition Analysis?

Football teams have always tried to find out information about their opponents. It helps to know what tactics they will play and who their best and worst players are. In the past, this information would have been gathered by scouts and coaching staff who attended the matches of forthcoming opponents and made notes on what they saw.

Now, because so much data and video footage is collected at football matches by companies such as Opta, Wyscout and StatsBomb, teams are finding new ways to study their opponents. Video footage allows analysts to watch much more of an opponent’s relevant games without the need to travel. The data allows an analyst to see just how well a team is performing without having to rely too much on intuition and subjective judgement: the numbers are unbiased.

Using video and data also allows teams to look in greater detail at opponents. When watching a game, a scout or a coach can only take in a limited amount of information. Data changes that. There are thousands of data points collected for every game, providing a much more detailed picture than can be seen by the human eye.

It’s also much more efficient. Opposition analysis can be a time consuming process, with a quick turnaround between matches, so being able to search through a database to find relevant information helps to save time compared to watching match after match. 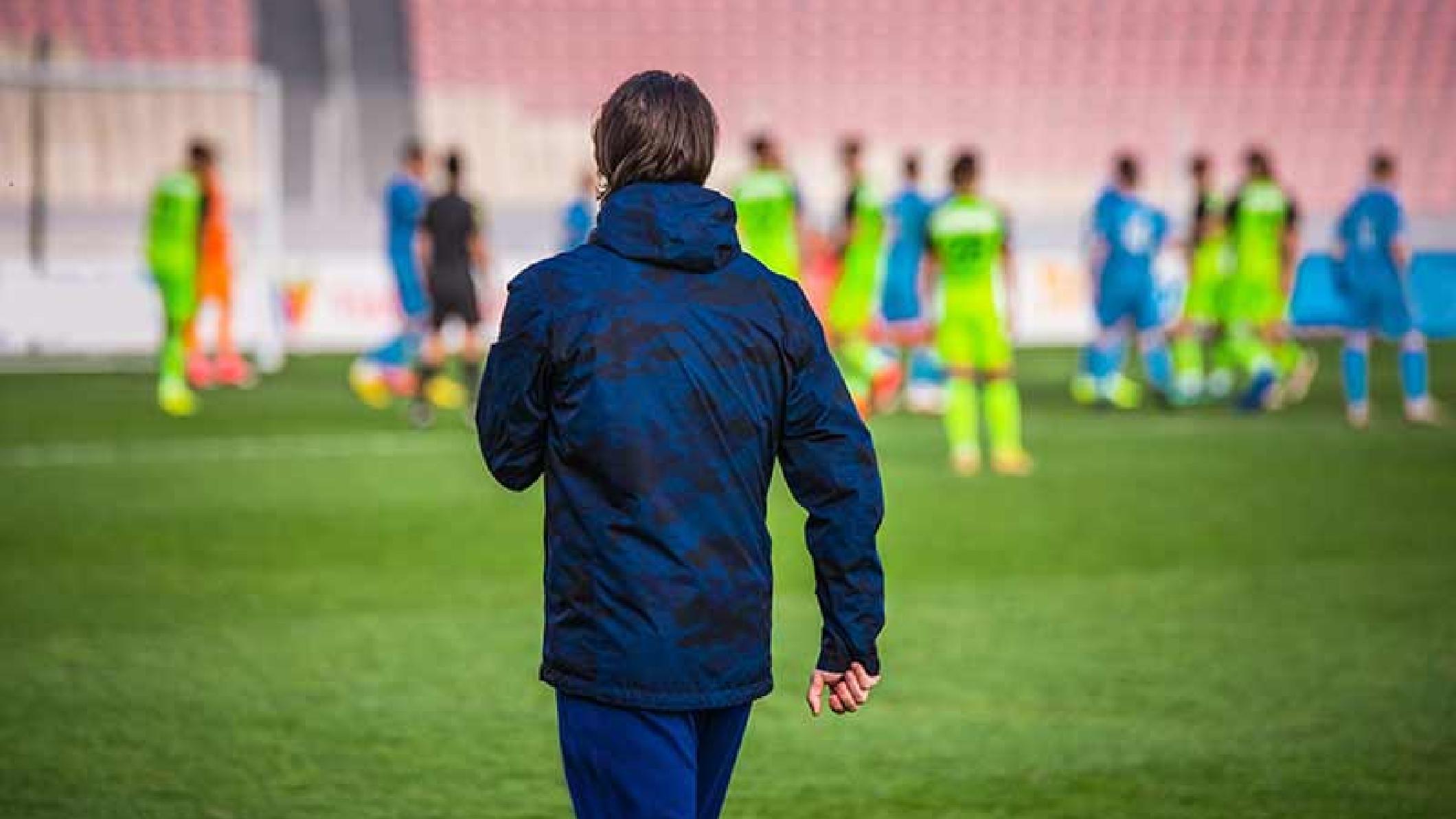 How Do You Analyse Opponents in Football?

Matteo Camoni, who has worked as an analyst in Serie A and Serie B, told us that he looks at the style of play the opposition use when they have the ball and when they don’t. To do this, he divides the pitch up into thirds and studies the data for each third.

Knowing how a team attacks with the ball, the tactics and shapes they use, allows an analyst to find out where they are most dangerous.

Knowing how a team defends out of possession, the areas of the pitch they try to win the ball back and the spaces they leave, means an analyst can identify areas where they are more vulnerable.

In the modern game, there is also an emphasis on transitions. An analyst will look at what a team does in the moments immediately after winning back possession and how it responds when it loses the ball.

Analysts can also look at the roles and performances of individual players in the opponent’s team. If a player is particularly dangerous, such as an in-form striker who is scoring lots of goals, the analyst can look at why they are scoring so many goals. Where are the chances coming from and where are they finding space? They will also look at set-pieces.

The analyst doesn’t only think about the opposition. They also think about how the data and video footage relates to their own team’s style of play. “We’ll go through looking at how we can best impose our game on the opposition,” Will Stephenson, analyst at Ipswich Town, told the club’s website. “Myself, Charlie and Morgan will all watch the opposition ourselves and then come together with the clips that we feel would apply best to our game plan.”

How Clubs Use Video and Data for Opposition Analysis

Each analyst has their own preference about how much emphasis they put on data analysis and how much they use video footage. Some find it easier to search for the information they need in the statistics, finding it more objective, and some like the way video footage can be easily understood by players and coaches.

The two aren’t in competition, though. An opposition analyst will look at both. The data needs to be supported by video clips and vice versa.

Modern clubs are even starting to use data to help them decide which videos to look at. “We use our internal models to decide what games to watch on the opposition,” a professional data analyst told The Athletic. Instead of simply picking recent matches, the data can help the analyst find the most relevant games that accurately depict how a team plays against similar teams.

How Does a Coach Use Performance Analysis?

After they have prepared a report on the upcoming opponent, the opposition analyst presents their findings to the coaching staff. They focus on the key information that will help the team prepare and illustrate their insights with relevant video clips and statistics.

“Each video report is presented, along with our paper-based documentation, in a meeting with the manager and the coaching staff,” explained Greg Mathieson, Head of Opposition Analysis at Liverpool. “In a normal week, Saturday to Saturday, the first presentation will typically be given 3 days before the game. When we have midweek matches in our schedule, we usually meet 2 days before.”

Depending on the preferences of the coaching staff, the analyst will also present their analysis to the players. These presentations tend to be shorter than the presentations to the coaching staff, focusing on a few key details. Sometimes the analysis is presented to the players on a big screen at a team meeting. Some clubs, such as Bayern Munich, have one installed in the training ground. Other teams use iPads or other handheld technology to share information with the players.

Players sometimes even ask an analyst to provide them with information about a particular opponent they’ll be facing.

As players and coaches become more used to working with analysis, they’re becoming more involved in the process. Instead of the analyst simply presenting them with information and telling them what it means, they are getting more involved in discussing the data and interpreting the video clips. This active involvement helps them to be more engaged with the analysis and improves their understanding of the opposition.

Opposition analysis has become an important part of the weekly routine for club’s throughout the season. It’s not just something the analysts do, but a big part of how players and coaches prepare for each game.