So How Is Data Used in La Liga?

Spanish clubs are among some of the most successful in the history of European football and La Liga, the Spanish top division, is one of the most-watched leagues in the world. As the use of data in football has grown around the globe, it’s no surprise that leading clubs in Spain have embraced this change, cementing their place at the forefront of the sport.

Whether it’s used for player recruitment, opposition scouting, or performance analysis, data has become an essential part of how teams operate in La Liga.

How Sevilla Use Data to Excel at Player Recruitment

One of the teams in La Liga that has benefited the most from innovative data analysis is Sevilla.  “I’m a data junkie,” Monchi, the club’s Director of Football, has confessed. “I believe in data a lot. It can maximise performance, it can save decision-making time and, above all, it can reduce the margin of error.”

Monchi has transformed Sevilla into one of Europe’s leading clubs. Since 2006, the club has won a record six Europa League titles and two Spanish Cup titles. One of the key reasons for this is a data-driven recruitment process that has led to the club signing players such as Dani Alves, Ivan Rakitić and Seydou Keita.

As part of their recruitment process, Sevilla create detailed profiles of the type of player they want, so they know which statistics to look at and what score a player needs to be achieving to be a good fit with the club’s playing philosophy. Once they have developed the profile, they can search through the database and discard players who don’t come up to scratch, leaving them with a shortlist of potential signings who should be able to perform well in the team. Combining this approach with traditional scouting, the club aims to have a shortlist of about 15 suitable players for each position.

Following their success on the pitch, the club is continuing to invest more in data. In recent years Monchi has put together a research and development department with a team of analysts, scientists, mathematicians and engineers. These experts work on creating new software and tools to help the club further improve its use of data, keeping Sevilla at the cutting edge of recruitment analysis.

One analyst who worked at Sevilla, Simon Montaro, has gone on to play an important role at one of their La Liga rivals. Montaro is currently Head Analyst at Real Madrid.

Many managers have a favourite analyst to work with and Real Madrid boss Carlo Ancelotti is no different. The Italian has worked closely with Montaro for several years, including at Napoli and Everton. The analyst closely monitors the team’s performance in training and matches and provides reports that the experienced manager knows he can trust.

A club as ambitious as Real Madrid isn’t content to just use performance analysis in the same way as everyone else. The Madrid giants are investing in research to find new and improved ways to utilise data.

In September 2022 they hired Vitor Lopes, formerly a Senior Data Scientist at Barclays bank in London, as their new Director of Applied Research. Not much has been given away about what he’ll be doing at the club, but it will involve machine learning and process improvement. The club’s data department also includes Edoardo Vivo, a scientist with a PhD in Mathematical Engineering. Real Madrid are famous for signing big names on the pitch; they’re now signing big names in the world of data science. 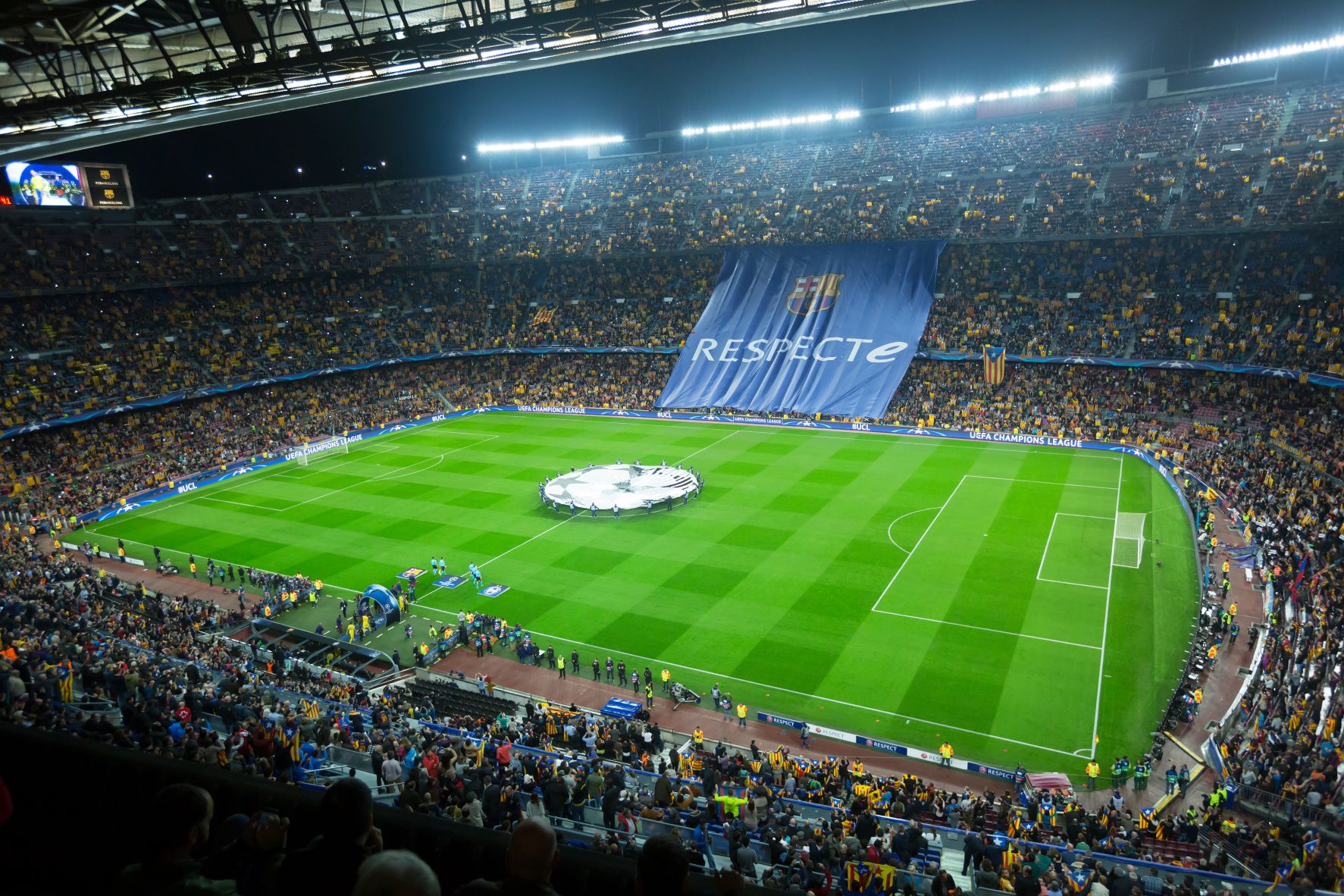 How Barcelona Use Data and Created an Innovation Hub

Barcelona are another Spanish team that has invested heavily in data analysis. Javier Fernandez, the club’s former Head of Sporting Analytics, played a big role in establishing the club as a leader in data analysis. He worked closely with the coaching staff to create ideas and concepts that would help them. Although a data scientist himself, he understood that he needed to be able to talk the same footballing language as the coaches and make his ideas concise and clear for them to understand and implement. “If we can’t fit the information we want to transmit on one page, we don’t fully understand the concept yet,” he has said. “We don’t want four pages.”

Barcelona have been keen to position themselves at the forefront of sports science. This has led to the formation of the Barça Innovation Hub, a sports innovation and knowledge centre that covers areas including analytics, health and athletic performance. The Hub organises the Barça Sports Analytics Summit and the Sports Tomorrow Congress, both of which bring together leading experts in the field of sports analytics to share their insights and ideas, including analysts who work at other clubs.

“If we try to grow behind closed doors, we won’t grow as we want. That’s why we want to lead that path of introducing data into football by communicating with clubs because those other clubs really understand football,” explained Fernandez. “So when we can develop these things and grow together, imagine the whole league growing together and making the sport more competitive.” In a sport in which teams are normally secretive about how they use data, it’s unusual to see a club trying to encourage the sharing of ideas.

However, despite these noble aims, not everything is currently going to plan. The club is going through a turbulent period, including elimination in the Champions League group stage for the second consecutive season. After the departure of Javier Fernandez in the summer of 2021, there have been rumours that rival European clubs have been keen to snap up some of other the talents in the Barcelona data department. They may not lead the way on data analysis for much longer.

Although Barcelona are experiencing problems, their aim of collaborating with others and sharing ideas about data analysis has become part of how La Liga itself operates. The league has created a technology company, LaLiga Tech.

“We try to be one step ahead of what other leagues are doing, and our technology is among the most advanced on offer,” says Rafael Zambrano, Head of Data Science at LaLiga Tech. He leads a team of more than 150 experts in analysis, data science, and programming. Some of them come from a sports background, but others previously worked in industries such as retail and finance.

The company provides data analysis and visualisations to all clubs that play in the league via its platform Mediacoach. This includes event data, such as shots and passes, and tracking data provided by cameras that record the positions of the players on the pitch 25 times per second. The company turns the raw data into metrics and analysis that can be easily understood by coaches and the clubs’ own analysis departments.

The aim is to allow access to data to every club, so that those with smaller budgets can find ways to compete against clubs that can afford to spend much more on analysis. As well as supplying clubs, LaLiga Tech also provides in-match data to broadcasters, including its goal probability metric, and offers analysis to fans via a web portal that can be accessed in both Spanish and English.

As data analysis continues to develop, LaLigaTech has been at the forefront. The company has recently been working with tech giant Microsoft, using artificial intelligence and machine learning to develop new advanced metrics.

Compared to some competitions, La Liga is a league in which there is a stronger desire to share data and make innovations in analysis accessible to all. Time will tell if this spirit of openness will last as data becomes ever more important, but it’s helped establish analysis in Spanish football and made the league one to watch for anyone interested in what will come next.